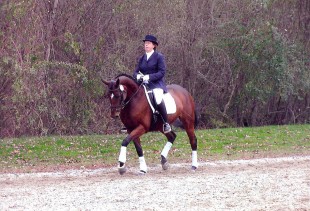 Barbara Ann Archer, is owner and trainer and is a USDF Silver & Bronze Medalist.
Barbara grew up in Marion, Massachusetts where she got her first horse, “Andy”, a western Appaloosa, as a birthday present in 1967. In 1972 she was the State winner in the 4-H Horse Program (winning a trip to Chicago) and was awarded the 4-H Key Award for outstanding contributions after earning County Medals in the Horse, Junior Leadership, and Child Care Programs.
In 1975 she graduated Magna Cum Laude from Bridgewater State College. Her Bachelor of Science degree in Education was for a major in Elementary Education with a double concentration in Reading and Early Childhood. She began teaching Reading in the Bourne, Massachusetts public school system from 1977 to 1986. 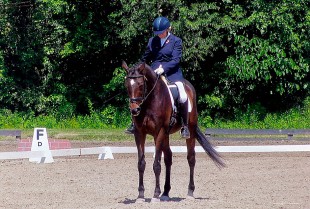 In 1977 she became a MA Licensed Riding Instructor and began teaching riding at Camp Snipatuit, then began her first riding business called “Woodchips Farm”, followed by a brief partnership called “Windsong Farm”, and finally settled at Fairfield Farm in November 1987.
In 1981 she started to take her own dressage lessons and has been a student of dressage ever since. In 1984 Barbara attended the National Dressage Instructor’s Seminar, in Michigan. Over the years she has taught and assisted ten other riders through apprenticeships to become MA licensed riding instructors.

Barbara has also competed successfully herself through the FEI Prix St. Georges Level of dressage. In 1989 she qualified for the AHSA Championship at Third Level. In 1991 she earned the USDF Qualified Rider Award. In 1994 Barbara finished her USDF Silver Medal Award (two scores above 60% at fourth level and Prix St. Georges are needed). In 1995 she finished her USDF Bronze Medal with six scores above 60% needed-two at first level, two at second level and two at third level. Her show horse, Amazing Grace, an Oldenburg, showed through the FEI Prix St. Georges level. In 2006 she earned her USDF Rider Award at second level (four scores above 60%) showing “Cobie”, a client’s horse and a USDF Performance Certificate with “Gracie” (ten scores above 60%)at third level! In 2007 Gracie earned her USDF Performance Certificate at fourth level! 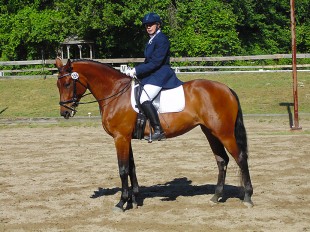 In 2008, 2009 and 2010 Gracie qualified to compete in the USDF Region 8 Championships at Prix St. Georges! Unfortunately, Gracie was euthanized in June 2010 after complications following colic surgery and a ten day hospital stay at Tufts University. At age 11 her “amazing” journey and show career ended.

Carita, Gracie’s half sister, was purchased in Missouri and came to Fairfield in September 2010 and became a wonderful dressage show horse, earning her USDF Performance Certificate at Training Level AND with a score of 73% became the top scoring horse during one day at the King

Oak Dressage Days competition in July 2013. Carita underwent surgery, in December 2013, to have her left eye removed after glaucoma, nonresponsive to all treatments, left no choice. She returned to work and excelled in her training until it was determined that glaucoma was present in her right eye as well. Sadly, she was euthanized on March 13, 2014.
There is also a new young Hanoverian mare, Revell, or as we call her “Bella” in training as Barbara’s next dressage show horse!

Bethany & Tailormade made their debut at Prix St. Georges in 2016!

In 2008 Bethany and Tailor completed their USDF Performance Certificate at Second Level (ten scores above 60% needed)!

At the King Oak Dressage Days show in July 2010, Bethany and Tailor completed their USDF Bronze Medal (scores over 60% at first, second, & third level)! Yeah!! It was a wonderful accomplishment! 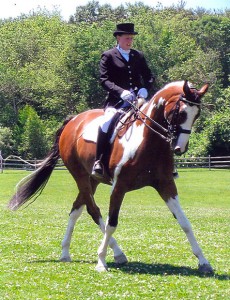 Then in 2012 they earned their tenth & final score for their USDF Performance Certificate at Third Level!

In 2018, Bethany and Tailormade earned the scores needed at fourth level and Prix St. Georges and was awarded the USDF Silver Medal. 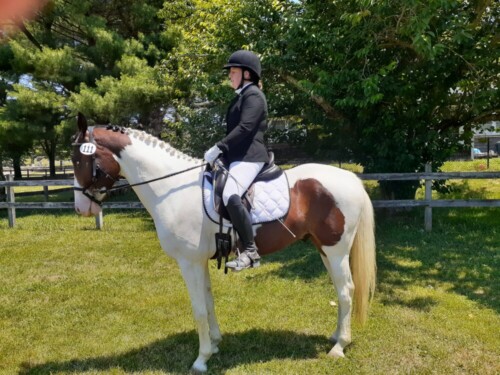 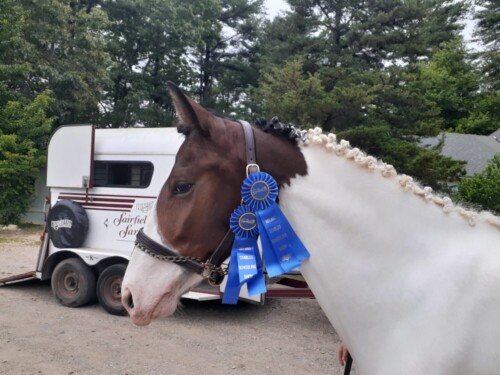